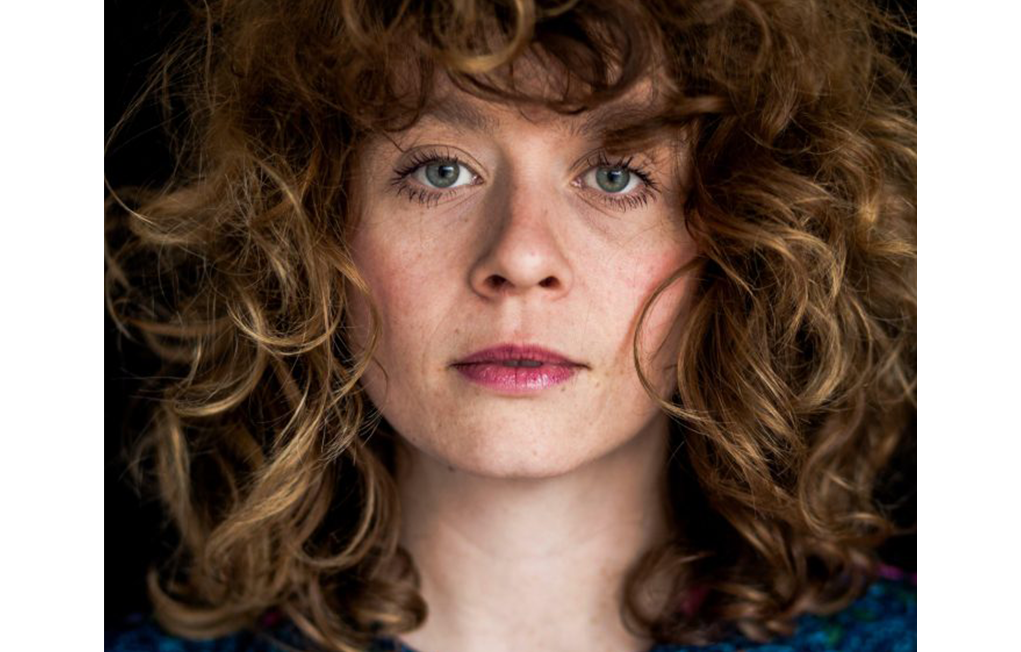 A truly prolific playwright, Rébecca Déraspe has brought as many as twenty plays to the stage in under a decade. Her work has been translated into four languages and received numerous awards. This dramatic writing graduate from the National Theatre School of Canada (class of 2010) soon made an impression. In the year following her studies, she demonstrated her energetic writing and formal flexibility with DEUX ANS DE VOTRE VIE, staged at the Théâtre d’Aujourd’hui and winner of the BMO Financial Group Playwright Award in 2012.

Her dramaturgy is now in full swing. In 2022 alone, seven plays bearing her signature will be performed in various theatres both here and abroad. The plays create a panorama of genres which the author explores, renewing her formal aesthetic from one to the next: adaptation, comedy, youth theatre (with FAIRE CRIER LES MURS, a singing play for teenagers), and so on. Not to mention the revival (after the pandemic’s interruption) of her poignant CEUX QUI SE SONT ÉVAPORÉS, which won the prestigious Prix Michel-Tremblay for best work brought to the stage in 2020, as well as the Prix de l’Association québécoise des critiques de théâtre (AQCT) for Best Dramatic Text, Montreal.

Rébecca Déraspe’s theatre is also well-known outside of Quebec. Her choral work LES FILLES DU SAINT-LAURENT (written in collaboration with Annick Lefebvre) premiered in November 2021 at Paris’ Petit Théâtre de la Colline. Simultaneously, her play FANNY saw the light of day in France, at the Comédie de Reims, before being staged at the Théâtre Ouvert, in Paris.

She examines her fellow humans with the great sensitivity of an astute observer, one whose passion for humankind once gave her dreams of becoming a psychiatrist. Her writing is motivated by her fascination with the Other, an encounter approached as a dialogue, a coming together—hence the inherent humanity in her theatre. Rébecca Déraspe gazes deeply into her characters’ wounds and deep-seated anxieties, with an empathy that does not preclude derision. This enables her to approach serious, risky subjects with a certain measure of levity. She has a real gift for humour and enjoys balancing emotion and comedy. It is this balance, as well as the rhythm of her dialogues, that make her theatre so engaging. In keeping with her time, she writes in a way that blends the personal and the social. With characters frequently confronted with the preconceived notions and judgments of others, the author sheds light on the contemporary social pressures that weigh on individuals.

Furthermore, Rébecca Déraspe’s body of work is unabashedly feminist. To address historical injustices against women, she readily created a genius sister for Shakespeare in JE SUIS WILLIAM, which was named best show for a young audience in Montreal by the AQCT and received the Prix Louise-LaHaye from the Centre des auteurs dramatiques (CEAD) in 2019. The playwright has also received the Jean-Denis Leduc writing scholarship for the 2020-2021 season from the Théâtre de la Manufacture, where she has been in residence since 2018. There, she is currently working on her play LES GLACES, which addresses such pressing issues as sexual assault and the notion of consent. Her stories focus on the obstacles and constraints that their heroines face. Her complex characters have flaws and inconsistencies, and the plot plainly reveals the gaps between their ideals and their actual behaviours.

Over several plays, Rébecca Déraspe explores the relevant themes of motherhood and the maternal role, as well as many related issues. She asks her questions boldly and openly, without fear of taboos. Such is the case with NINO, a text laden with heated discussions that received special mention at the Prix Gratien-Gélinas in 2014, before being staged in Geneva. The same can be said for the head-on confrontation between two friends portrayed in GAMETES, a play that won the AQCT award for Best Dramatic Text – Montreal in 2017. The author once more questioned this key component of women’s lives—the burden of having children—in her 2019 version of MAISON DE POUPÉE, an update to the famous text by Henrik Ibsen.

Not yet content with signing so many original pieces, Rébecca Déraspe also stands out for the number of adaptations on her theatrical resume. Sophie Cadieux turned to her for a credible transposition into Quebec’s cultural reality of a monologue by French playwright Noémie de Lattre, which became FÉMINISTE POUR HOMME – GUIDE DE SURVIE POUR TOUS(TES). The author also tackled great classical texts, such as Shakespeare’s LA NUIT DES ROIS (translated and adapted in collaboration with the director Frédéric Bélanger for the Théâtre du Nouveau Monde), ROMÉO ET JULIETTE, and Sophocle’s ANTIGONE (a collaborative adaptation), both for Le Trident in Quebec City.

In short, the inexhaustible Rébecca Déraspe will never cease to astound us.