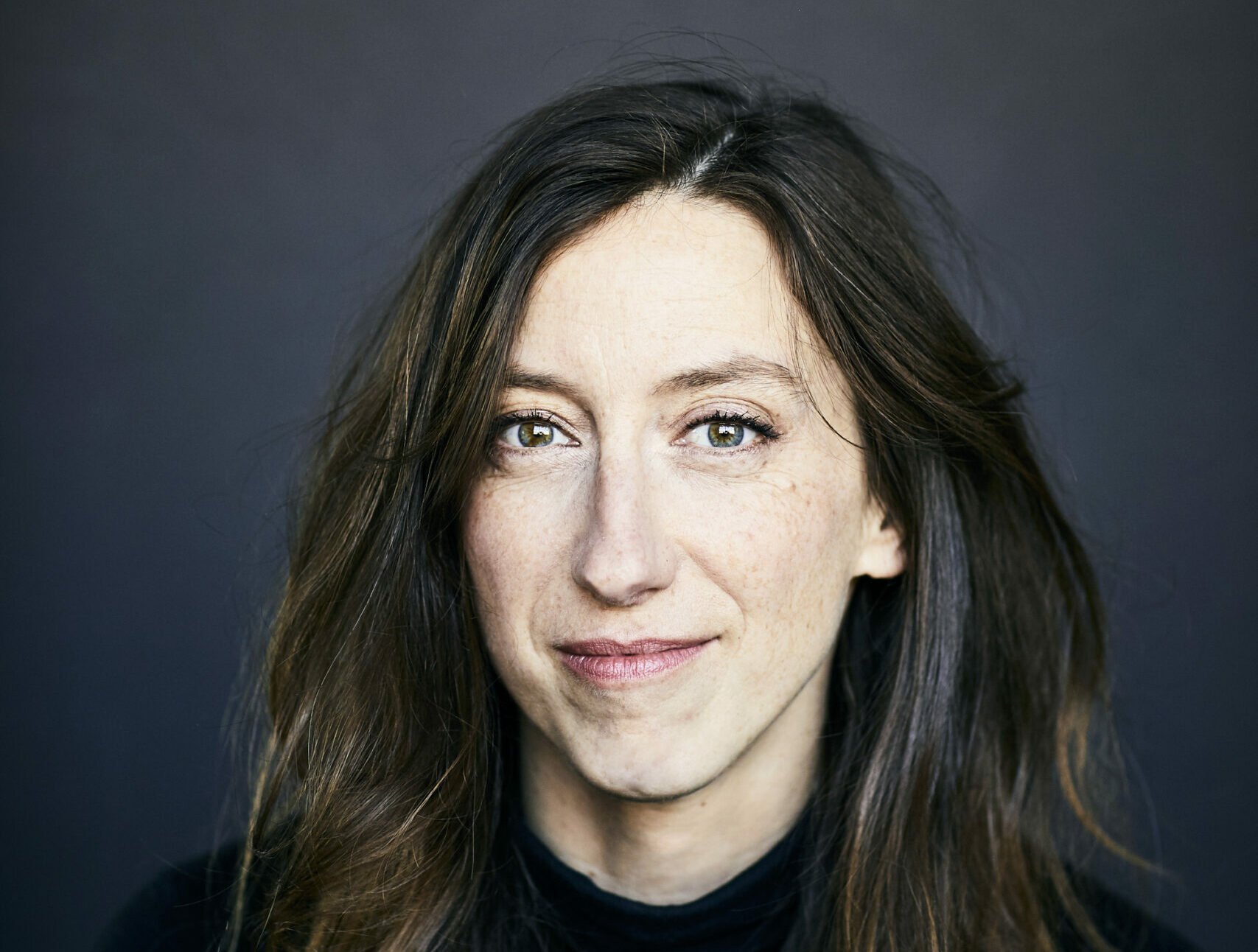 Fanny Britt has been a vital part of Quebec’s theatre scene for the past two decades. As a playwright, she made a name for herself at a time when few women saw their works staged. Thus, this talented artist’s powerful voice and decidedly modern style have inspired countless women writers and paved the way for them to follow.

Fanny Britt is a prolific writer with a skillful and adaptable style that spans a wide range of literary genres, much to the delight of her readers. Since 2015, she has published two novels: Les maisons and Faire les sucres, winner of the Governor General’s Literary Award in 2021. She also established herself as an essayist with Les tranchées – Maternité, ambiguité, féminisme, followed by Les retranchées : échecs et ravissement de la famille, en milieu de course. Her astute Faux-Self mon amour was awarded best personal essay at the National Magazine Awards in 2013. Moreover, she writes insightful segments for the radio show Plus on est de fous, plus on lit on Radio-Canada’s Première Chaîne.

The author also achieved recognition through several successful graphic novels illustrated by Isabelle Arsenault: Jane, the fox and me, a trial run that turned out to be a masterstroke, and was since translated into many languages; Louis et les spectres, which also won several awards; and Truffe, winner of the 2022 Prix des Libraires du Québec in the graphic novel category.

But Fanny Britt always makes her way back to theater. A playwriting graduate from the National Theatre School of Canada (class of 2001), she has written nearly 15 plays since then. Director Claude Poissant immediately took her graduating work, HONEY PIE, to the stage. He will also be directing BIENVEILLANCE, a play that explores major ethical issues and was awarded the Governor General’s Literary Award in 2013.

Despite their considerable differences, Fanny Britt’s theatrical texts all evoke emotional depth while encouraging thoughtful reflection on issues whose complexities they brilliantly capture. Without sacrificing her nuanced approach, the playwright speaks to her era with clarity, intelligence, and accuracy. Prone to doubt and able to embrace diverse points of view, she deftly describes the grey areas that characterize human relationships in the world of today. She has a gift for bringing conflicting ideas to life through fully fleshed out characters, without resorting to Manichaeism. She portrays their flaws both with affection and without mercy, a feat aided by her strong sense of dialogue, which is frequently marked by a scathing but thrilling use of irony. Female characters’ voices are at the forefront of her work, and the female protagonists depicted by the author of CINQ A SEPT – a show staged by Orange Noyée at Espace Go in 2015 – are never one-dimensional, but rather deeply rooted in their contradictions.

Fanny Britt’s contribution to the local theatre scene extends far beyond her own work. Many English-speaking playwrights have benefited from her direct and precise command of the French language in her capacity as a highly sought-after translator. Over the past 20 years, she has shepherded nearly 30 plays across language barriers and onto Quebec’s stages, including works by authors such as Annabel Soutar, Naomi Wallace, Sarah DeLappe, and Nina Raine. She has also lent her voice to British scriptwriter Dennis Kelly, allowing French-speaking audiences to discover his powerful and formidable work at La Licorne, from AFTER THE END to GIRLS & BOYS. She has also translated two novels where she makes full use of her ability to make characters speak convincingly, inserting words from various language registers into their dialogues, from the most crude prosaicism to the highly lyrical.

The prolific playwright never stops producing new works for the public. This includes her most recent play TOUTES CHOSES, which touches on female friendships and will be staged by the Théâtre de Quat’Sous in the spring of 2022. In recent years, Fanny Britt has been offered the world’s greatest stages to bring her worlds to life. In 2018, the Théâtre Denise-Pelletier produced her powerful play HURLEVENTS, which was inspired by Emily Brontë’s Wuthering Heights and echoed a controversy plucked from Montreal’s current events: the denunciation of a university professor who had liaisons with his students. Her play LYSIS, co-written with her collaborator Alexia Bürger, was set to make its debut at the Théâtre du Nouveau Monde before being postponed due to the pandemic. Inspired by Aristophanes’ ancient comedy LYSISTRATA, it paints a massive panorama, a story told by a chorus of more than a dozen characters. Two works that deal with a vital issue: power, or the lack thereof, seen through a female lens. Works in which Fanny Britt manages to reconcile a classical repertoire with the here-and-now, as well as transcendent universal feelings with a deep dive into the burning issues of our time.